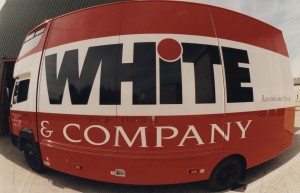 If you are moving locally or looking to move to Leamington Spa and searching for House Removals Leamington Spa: White & Company have been based in the area for over 145 years and provide a full removals & storage solution. As founder members of BAR, FIDI & OMNI, White & Company can provide for a local move, anywhere in the UK, Europe or international destination.

The Somerville Arms is a popular drinker’s pub with a friendly atmosphere. Named after Captain Somerville who once was a local magistrate. The first mention in local history of the pub is in 1868, the landlord at the time was Richard Uscombe. In July 2009, The Somerville Arms became part of the Everards Brewery Estate.

It has been lovingly refurbished and restored back to its original Victorian charm. With reasonable prices and a great range of beers, a little garden, and a cosy backroom with some of the best live music in Leamington Spa, this is a real winner for a great evening.

If you’re moving to Leamington Spa, and need to know the broadband availability, simply visit: https://www.cable.co.uk/