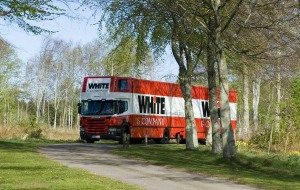 When travelling by train, you will find that Twickenham has its own train station, with two further stations close by: Margarets (London) and Richmond. The closest airports will be: London Heathrow Airport (6 miles), London City Airport (16 miles) and London Gatwick Airport (22 miles). Getting to Twickenham by road will be via: M3/A305/A316

Twickenham is located in South West London, approximately 5 miles from Charing Cross and falls within the Borough of Twickenham. The map below shows the location of Twickenham

Houses For Sale In Twickenham

Book a Tour of Twickenham rugby stadium. It is the largest stadium in the world devoted solely to the sport of rugby union and is the home of the Rugby Football Union (RFU), and as such primarily a venue for rugby union although from time to time music concerts are held here and famous stars such as Rihanna, Jon Jovi and The Police 30th Anniversary Tour and the Rolling Stones have all given shows here.

2009/2010 season saw Twickenham celebrate its centenary. The 100th anniversary of the first international at HQ in 1910. The tour of the stadium includes the players England dressing room, council room and hospitality rooms, you get the opportunity to sit in the Queens Box and following the tour you can visit the museum, which covers the whole of the global game, not just English rugby union. There are exhibits and displays of memorabilia which tell of the history of the sport using interactive display techniques. The guides are friendly and knowledgeable, a great attraction to visit.

When planning your Twickenham removals and need to know the broadband availability, simply visit: www.cable.co.uk

To submit any news story or future events please submit copy and photos to newseditoruk@gmail.com