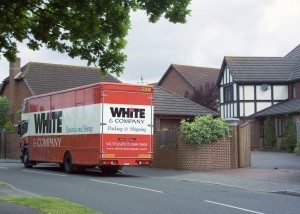 If you are moving locally or looking to move to Fleetwood and searching for removal companies in Fleetwood: White & Company have been based in the area for over 145 years and provide a full removals & storage solution. As founder members of BAR, FIDI & OMNI. White & Company can provide for a local move anywhere in the UK, Europe or international destination

Fleetwood’s connections are good with the closest major roads being the A585, M55 and M6. The popular seaside resort of Blackpool is just 7 miles from Fleetwood by car. The nearest train station is Poulton-le-Fylde (5.3 miles).

There is a good choice of schools near Fleetwood, Shakespeare Primary School has performed particularly well and achieved a rating of Outstanding following its last Ofsted Report.

The town’s most prominent feature is the Mount. A 7-acre (2.8 ha) park facing the sea-front. The wall on the inland side of the Mount is built from pebbles, in traditional Fylde style. There are beautiful views over Morecambe Bay. Freeport Fleetwood, opened in 1995 it is a waterfront outlet shopping village, on the site of the former Wyre Dock, with 45 shops in a marina setting.

Fleetwood Market on Victoria Street is one of the largest covered markets in the North West. Boasting over 250 stalls, popular with locals and visitors.

The average house price for Fleetwood is currently £116,897 and the overall trend over the last year has shown a decrease in the value of properties of 1.35%. The best streets to live on in Fleetwood are Fairhaven Avenue and Princes Way.

If you are planning on moving house or moving to Fleetwood, you will probably want to search for removal companies in Fleetwood. White & Company have been providing a removals service for over 145 years and are members of the British Association of Removers.

This item is brought to you by www.whiteandcompany.co.uk the removals storage and shipping company serving Fleetwood and the surrounding area.

This service is aimed at people moving in Fleetwood and for those looking for a local removals, storage and shipping company.