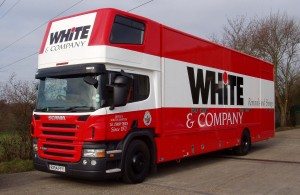 If you are moving locally or looking to move to Kendal and searching for removal companies in Kendal: White & Company have been based in the area for over 145 years and provide a full removals & storage solution. As founder members of the British Association of Removers, FIDI & OMNI White & Company can provide for a local move, anywhere in the UK, Europe or international destination.

Kendals connections are good. Kendal is well situated being close to the M6 Motorway and the main West Coast Rail line between London and Scotland.

There is a wide choice of schools in the Kendal area. Kendal College has done particularly well in recent years and was judged Outstanding by Ofsted, with an excellent reputation as one of the UK’s leading Colleges.

Kendal has been voted as the second best place to live in the UK in a list compiled by The Sunday Times. Kendal was the only place in the North of England that made it into the top 50; With a strong community feel, located bang in the middle of some of the world’s most beautiful countryside and plenty of castles, historic halls, galleries and famous Lakes.

The housing market in Kendal is good. House values have indicated an increase of 4.19%. The average cost of property is currently at £213,183, relatively inexpensive compared to other parts of the UK.

This item is brought to you by www.whiteandcompany.co.uk the removals storage and shipping company serving Kendal and the surrounding area.

If you are looking to move home or move to Kendal, White & Company have been providing a removals service for over 145 years and are members of the British Association of Removers.

This service is aimed at people moving in Kendal and for those looking for a local removals, storage and shipping company.

To submit any news story or future events please submit copy and photos to newseditoruk@gmail.com