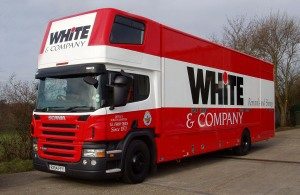 If you are moving locally or looking to move to Haywards Heath and searching for Removals Haywards Heath: White & Company have been based in the area for over 145 years and provide a full removals, storage and shipping service. As founder members of BAR, FIDI & OMNI, White & Company can provide for a local move, anywhere in the UK, Europe or International destination

Haywards Heath is primarily served by the A272 which runs around the south side of the town. Following the A272 to the west, it joins the A23 which runs both to Brighton to the south and London to the north. Haywards Heath railway station is a major station on the Brighton Main Line and offers regular departures to many parts of the country with a direct link to London in around 45 minutes, making it immensely popular with those who work in the capital.

The vast majority of schools in Haywards Heath are considered to be hitting their targets, according to Ofsted. It is home to two state secondary schools – Oathall Community College and Warden Park Academy – and both achieve higher than average results in GCSEs.

Haywards Heath is one of the most popular commuter towns in West Sussex, lying around 35 miles south of London and approximately 15 miles north of Brighton. Set in the middle of the beautiful mid Sussex countryside, it provides stunning countryside views, picturesque villages and access to the magnificent South Downs. There is no shortage of quaint country pubs and restaurants here.

The housing market in Haywards Heath is good with a range of styles such as the charming Victorian and Edwardian houses in the town centre. There are also more modern developments available with relatively new homes on large and smart estates. The average house price is around £426,725, a little higher than the national average, with larger detached homes fetching around £670,548. Prices are continuing to rise and in the past year have risen by 2.88% overall. As per Zoopla 11th September 2017.

To submit any news story, or future events, please submit copy and photos to newseditoruk@gmail.com