Dressing Up A Department for International Trade Showcase in America

White and Company has been acknowledged by the UK government after helping deliver a British design and innovation event held in New York as part of the UK Department for International Trade’s (DIT) flagship ‘Designing our Future’ campaign.

The three-day-event, which ran between 2-4 April, kicked off a cross-North America campaign showcasing Britain’s partnerships with North American businesses in several different fields, from technology to sustainable fashion.

More than 1,000 people attended the event at the Altman Building in lower Manhattan where keynote speakers, including Harper’s Bazaar Editor-In-Chief Dame Glenda Bailey and social entrepreneur Professor Sue Black OBE spoke on a range of ideas that will ‘Design Our Future’.

Shipping in for ‘Designing Our Future’ 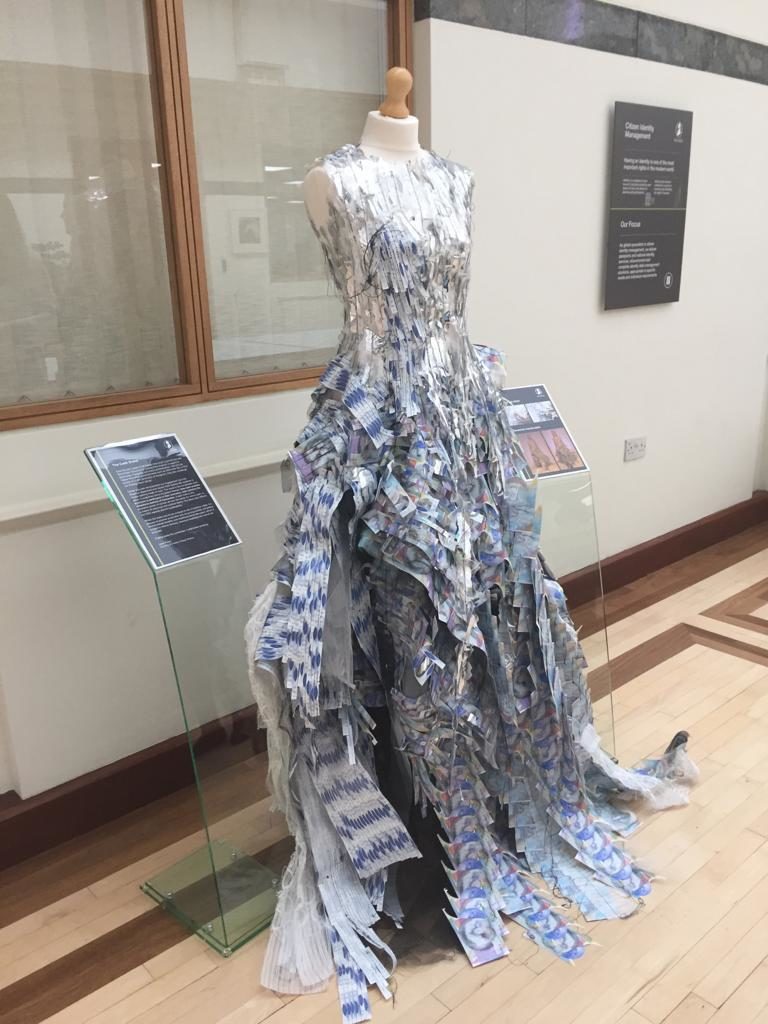 The cash dress White and Company transported to the event.

Attendees were invited to get a sneak peek at select pieces from the UK’s Design Museum which featured as part of the event.

White and Company teamed up with US based shipping and packing company, Sea & Air International to help coordinate the shipping arrangements for the showcase event.

These arrangements included the packing and shipping of a stunning bespoke ball-gown dress made of cash which was a featured exhibit.

DIT Extends Its Thanks to White & Company

White and Company received a personal letter from Antony Phillipson, Her Majesty’s Trade Commissioner for North America in which he thanked the company for their support during the event.

He said: “Designing Our Future will spotlight the UK’s global leadership in innovation and commerce, demonstrating the multitude of ways in which, together, British and North American businesses are tackling some of the most pressing and complex challenges of our time.

“Companies from across the UK are forming incredible collaborations and partnerships with North American businesses, and there has never been a more exciting time to collaborate and innovate.

“The assistance you provided to our team on shipping arrangements played a big part in ensuring the smooth running of the event.

“Thanks to your support, I am thrilled to say the campaign couldn’t be off to a better start.”

Designing Our Future will now continue as DIT North America’s marketing campaign through 2019-20.

The full Press Release is available to view here. For more information on the Designing Our Future Event and its partner organisations click here.